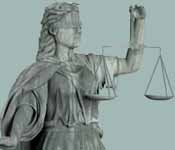 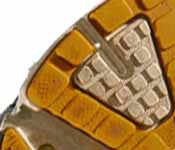 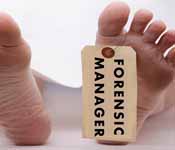 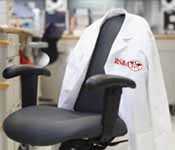 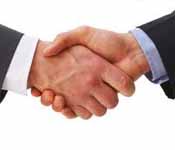 RS&A ATTORNEY CONSULTING SERVICES
Ron Smith & Associates, Inc. maintains a general philosophy which certainly applies to our relationship with both prosecutors and members of the defense bar.
It is simply this:

What this means is that while RS&A does the vast majority of our casework for governmental agencies who are conducting criminal investigations, we are just as willing to work with defense attorneys who are offering their best efforts in representing their clients. It really does not matter what the question is or who asked it, our answer will be the same.

In the United States, our system of justice assigns the Prosecutor and the Defense to adversarial positions in the search for truth, but in no way does that need to, or should it, involve the forensic expert. By remaining strictly on the side of science, instead of growing too close to the prosecution side of casework, the forensic scientist may well be one of the greatest assets to that search for truth. The Prosecution and Defense desperately need scientific findings to be accurately and clearly conveyed to the jury in a professional manner. No more, no less.

Over the years, there developed somewhat of an undesirable stigma for forensic experts who worked cases for the defense bar. Some of this was indeed justified due to the charlatan nature of so called "forensic experts" who would sell their soul to the devil for the right amount of money. "Liars for Hire" was one of the monikers used to describe these individuals. In some governmental agencies new forensic science trainees were taught that only unscrupulous scientists would lower themselves to working for the defense.  Even today, there are forensic scientists and governmental laboratories withholding evidence from the defense because of some minor clerical error in the request or some feeling that it could be damaging to their testimony at some point. In reality, it makes it much more difficult in court when images, worksheets, notes, etc., which were properly requested under discovery, are held back.  A good examiner, doing a good job, working for a good agency has nothing whatsoever to hide.

This feeling which indeed permeated the forensic sciences for many years has been a significant contributor to the problem of unqualified scientists offering themselves as experts to the courts and being accepted as such by the so called "gate keepers" of our system. If very qualified, highly credentialed forensic scientists, with integrity, would not make themselves available to the defense bar, then who would? There is, and always has been, a desperate need in the defense bar for quality forensic services. They need for someone to aid them in understanding reports, learn about the underlying scientific principles behind each forensic discipline, know what a quality forensic training program entails, and much, much more. They need for someone who truly understands the probative value of evidence to assist them in putting the pieces together so they can see the case as it really is from a forensic perspective. Yes, and they need to know if there exist conclusions not supported by the evidence.  If they are our client then they deserve no less and will receive no less from RS&A.

Interestingly enough, out of several hundred cases, there have been only two in which a defense attorney actually asked an RS&A representative to perform forensic services which were unethical in nature.  In each of these instances, RS&A remained true to our company philosophy of doing the right thing because it is the right thing. We will never compromise our reputation or our integrity.

You will find that it is straightforward and fair to all parties. Once again, it does not matter who is asking the question - on the phone, in an email or on the witness stand, the answer will be the same.
To discuss RS&A Attorney Consulting Services please contact our
Consulting Division at 1-866-832-6772 or consulting@ronsmithandassociates.com

The RSA laboratory has initial discretion over the selection of items to be tested, and the appropriate methods for analysis.
WE ARE FULLY ACCREDITED